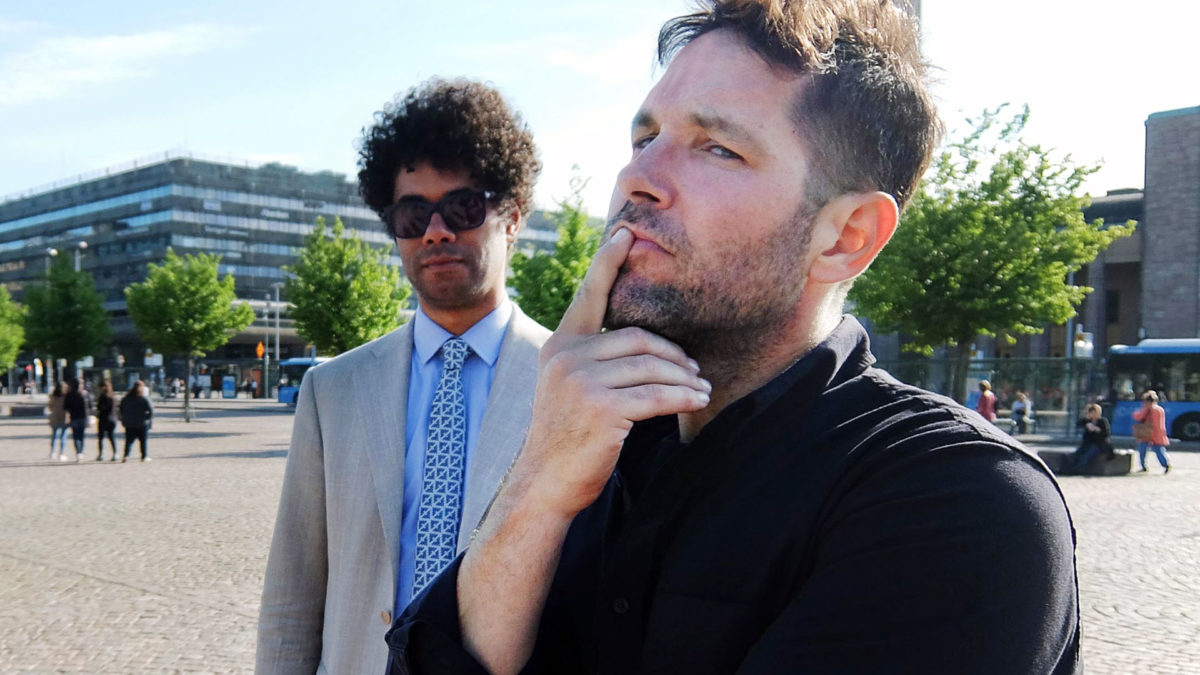 We’ve been on a little bit of a hiatus, but will be back soon.

In case you missed it, here’s the most recent episodes…

Episode 11: The 40 Year-Old Virgin with Erin Gambrill
The 40 Year-Old Virgin is a sex-positive parallel to The Oh in Ohio, and we all loved it despite a very questionable turn towards the end. This whole film is about why all guys should be like Andy Stitzer and why everyone should be smitten with Catherine Keener. Paul Rudd is back to peak Paul Rudd-cuteness, even with a questionable haircut and his character turning into a jerk halfway through the movie. PLUS we learn about Larissa’s goal to be sexual and vaguely threatening — just like Jane Lynch.

Episode 12: Travel Man with Amber Stewart
Richard Ayoade takes Paul to Helsinki for 48 hours and it is the Pure Paul Rudd Bliss that we’ve been searching for. Amber reveals yet another truth about Paul Rudd: you can dare him to do anything and he’ll always accept. Plus, we discuss Tiger Dome Island, why licorice is terrible and Larissa’s plan to kidnap the Finnish president’s dog.

Episode 13: Hudson Valley Ballers with Shannon Campe
Our new Pure Paul Rudd Bliss Plan delivers us very scantily clad Paul Rudd, super-seductive Kate McKinnon and utter hilarity from Paula Pell and James Anderson. Shannon alerts us to the fabulousness of Paul Rudd’s calves, and how he would be the sassiest of the local drifters in our neighborhood.

Episode 14: Forgetting Sarah Marshall with Emily Bennett
We mostly loved this movie, a sweet and honest romantic comedy after a heart-wrenching break-up based on several of Jason Segel’s own break-ups. Kristen Bell is amazing as always, Jack McBrayer steals every scene he’s in, and Paul Rudd is so damn attractive that he rocks a visor better than anyone should be able to and gives good advice about what to do with lemons. However, Sarah Marshall is not a bitch and that’s one big misstep in this movie that Amy is ready to throw down over.

Episode 15: The Greatest Event in Television History with Gena Radcliffe
This four-episode series recreating the opening credits of Simon & Simon, Hart to Hart, Too Close for Comfort and Bosom Buddies was such unexpected Pure Paul Rudd Bliss that we recommend this as the cure for all your ills. Our discussion covers a lot of 70s and 80s essentials, including Amy and Gena explaining Battle of the Network Stars and Hollywood Squares to the young Australian, and Gena explains her adoration of Tom Hanks as his career arced from playing a fuckboy to salt-of-the-Earth characters. Amy shows off her impressive, yet fairly useless skill of recalling actors in TV shows, and Larissa finds her new purpose in life and it’s quite possibly the best purpose anyone has ever had, ever.

Episode 16: Anchorman with Nezka Pfeifer
There was not nearly enough Paul Rudd in this movie, but there’s a lot of Baxter, who needs his own film franchise. Larissa is kind of appalled at the fact that Amy and Nezka haven’t seen this movie before, Nezka explains how the orthodontia headgear gave her unexpected PTSD, and Amy reveals that she has two Beverly Hills 90210 novelizations, which sends the podcast into a “We Love Brenda/Shannen Doherty” rabbit hole that it might never recover from.

Firefly and the Impact on the TV Audience

I spoke with iNews to discuss how Firefly’s cancellation transformed TV’s relationship with fans in the past 15 years.