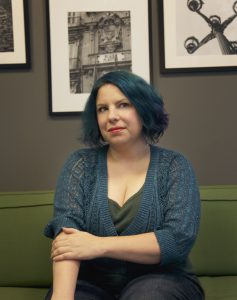 While Amy Pascale*’s first “official” fandom was My So-Called Life in 1994, she was turning down friends’ invites to play at the age of three because she was “watching her shows” — Sesame Street and Mr. Rogers. That was the beginning of a lifelong love affair with television storytelling, understanding the importance of scheduling life around TV and perhaps most importantly: learning to judge people by the shows they watch.

Not surprisingly, she has worked in on-air and online media for over sixteen years. Amy was the Director of Strategy in MTV’s On-Air Promos department, where she also wrote the words that come out of the mouths of Teen Wolves, Banshees, Hunters and Awkward kids trying to make it through high school. She co-founded and edits the offbeat online magazine PopGurls.com (currently on hiatus).

She also now knows a whole lot about Joss Whedon — possibly even more than the man knows about himself.

*She is not the same Amy Pascal who is the former Co-Chairman of Sony Pictures Entertainment and Chairman of Sony Pictures Entertainment Motion Picture Group. However, that did not deter her from basking in the adoration of the countless people who thank “her” during the movie awards season. (It’s entirely possible that she’s played Jessica Chastain’s 2011 Golden Globe acceptance speech, extolling love for the “Great Great Amy Pascal,” way more times than she should admit.)